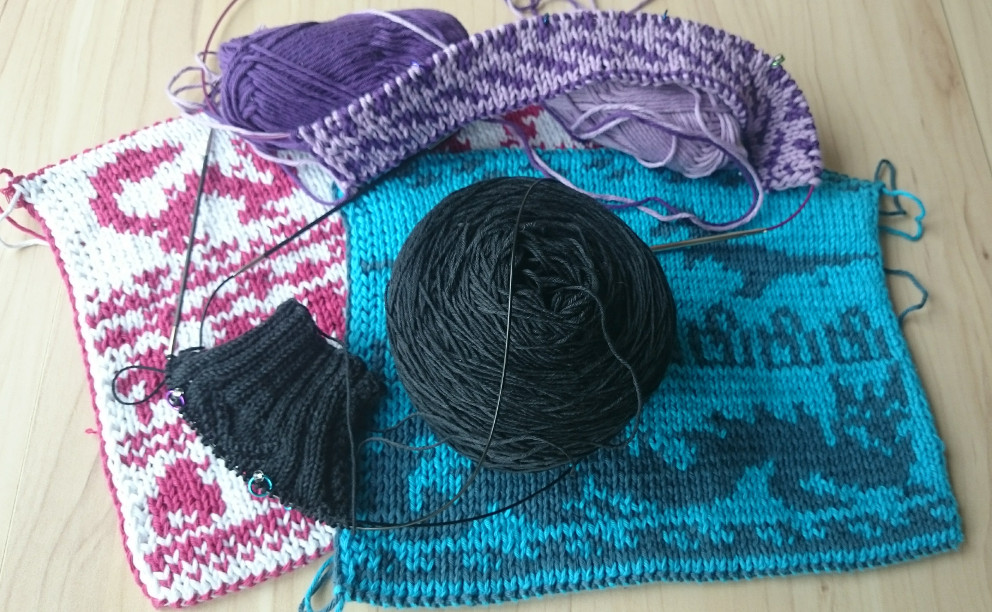 And here I return from my unplanned hiatus. My son is now officially a four-year-old. The wolflings have a play room, that used to be our in-home office. Our desks are now in much smaller corners of the living room. The move successfully trashed the entire apartment, which I got to clean up over the week following the move along with the usual stuff that comes up. And then we threw a kids’ birthday party. Had to prepare food for everyone and get some small things kids love for a treasure chest. Six kids between the ages 3 and 5 and one who’s just 20 months but thinks she’s at least six (Tiny Wolf at her best) and 4 extra parents… Needless to say, the place was thrashed again – just differently. I got the most knitting done in the last couple of days when I slowly recuperated from the chaos and craziness that had taken over for a while.

Two days ago, I did finally get that sock for Papa Wolf started, though I haven’t gotten very far yet. I had finished the swatch and then had to think about it for a while. There was a little voice in my head that kept bugging me that I didn’t like the heel flap. But I kept right on ignoring it and knit on, telling myself it looked good. That same little voice told me I also didn’t like the gusset. What did I do? Right, you guessed it. I ignored it and kept on knitting. Because somehow I still haven’t learned to listen to that voice. Well, I did find solutions for what bugged me about that swatch, so I started the actual sock. Like a second swatch just bigger. I’m sure it will be fine and I won’t have to rip it all out because I turned out didn’t like the solutions either… 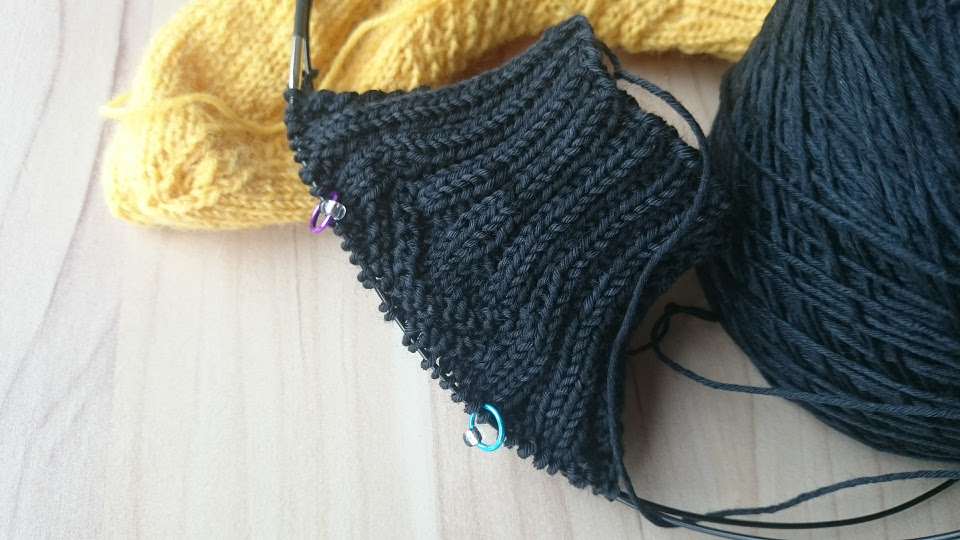 I’m using some of my beloved Wollmeise Twin yarn for this (only the best for Papa Wolf, even though he get’s holes in his socks quicker than a kid with scissors) in the colorway 82 Pb. Yes, that is almost black and just the perfect color to knit during gray, cold and rainy April. It also photographs really well (if “really well” actually means “not at all”) on gray and rainy April days. The things you do for your loved ones…

The blanket quest and related issues 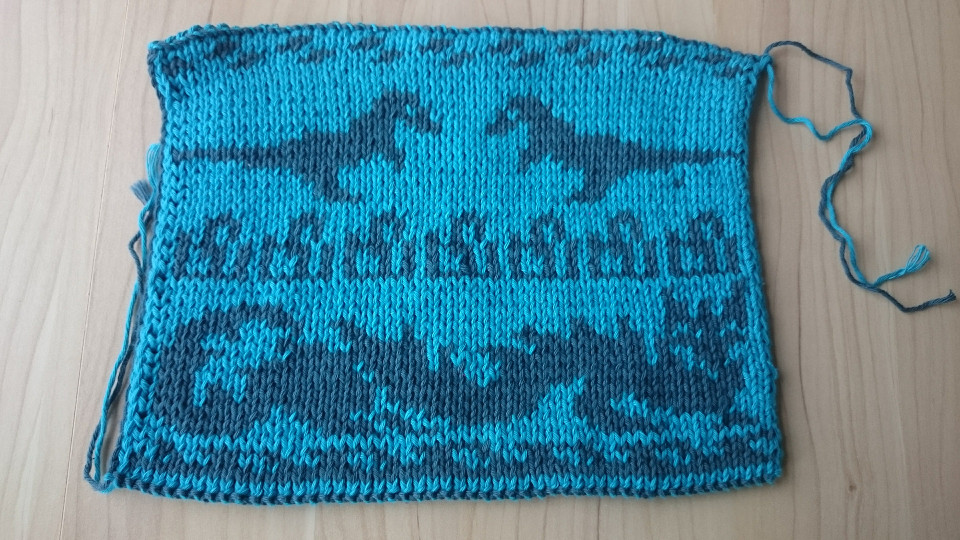 I also continued on my blanket quest. I’ve knit the third piece and am now on the fourth – if I am not knitting the sock. So I am only a little less than two weeks behind. I really love how they are turning out. Knitting the blanket is a lot of fun. And it gives me more practice knitting with cotton which I don’t usually choose. 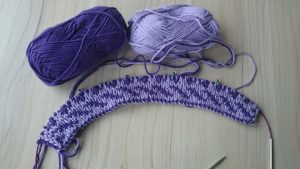 I prefer to knit wool usually. But my son decided that anything with even the smallest amount of wool in it is too scratchy to wear as anything other than a sock. And since he keeps on complaining that his sister gets sweaters and he doesn’t I have to think of alternatives. Now I only need to find a yarn he’ll wear and not find scratchy or itchy that’ll actually keep him warm in winter which cotton won’t do. He’s quite thin and get’s cold easily and needs extra insulation because of that. And wool is out of the question. Even alpaca and the softest merino are too itchy for him. If anyone has any ideas I would be very grateful. 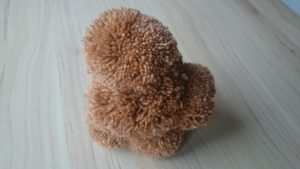 I did not manage to complete the little bunny in time for easter. It still needs felt ears and somehow I have to stitch eyes onto it. I don’t quite know how that’s supposed to work yet and unfortunately, the pattern didn’t give any more information on that either. I’m determined to get it done, though.

I will have to see how the next week goes. Maybe I can tell you a little bit about how I’m writing up the pattern next time. There will definitely be more pictures of something knit, though.

Knitting how to: Fix a piece of knitting after you’ve already bound off