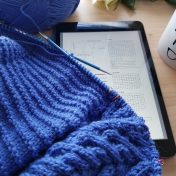 Charts. To many of us, they seem complex and difficult. Like a secret language or a code, you have to crack. A scientific formula, even. But they can actually make your knitting life easier and aren’t as scary as you may think. They can help you to learn how to read your knitting and can make it easier to memorize… Read more » 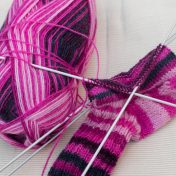 If you’re a sock knitter you’ve undoubtedly heard of it before: SSS or Second Sock Syndrome. Another affliction plaguing many knitters. But what can you do if you have it? Which strategies can you attempt to cope with it and which ones have the best chances of working for you? What is the Second Sock Syndrome? SSS usually refers to… Read more » 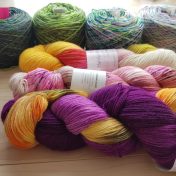 I don’t know about you, but I’m feeling like a roast in the oven. A heat wave has come to stay over Germany (and pretty much the entire northern hemisphere). With temperatures over 34°C (93.2°F), no air conditioning (typical for German homes) and us living right under the roof and with 30°C in our flat even at night – I’m… Read more » 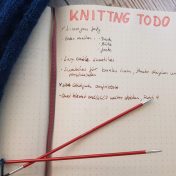 A while ago I received a question about how one could better divide their time between multiple knitting projects. I replied with a few quick ideas and tips, but I thought it would make an excellent subject for the blog. So I did some more research. And apparently, there isn’t that much find on the subject of time management and… Read more » 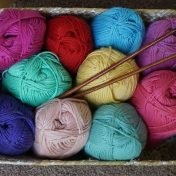 If you’ve been a knitter for a while, you will sooner or later hear about it: Startitis. Maybe you’ve even fallen victim to this affliction before. And some of us get it regularly once a year. But how do you protect yourself from catching it? How can you get rid of it again? Do you even need to? What Is… Read more » 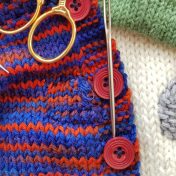 You sock knitters out there know this: Sooner or later you’ll wear right through even your most robust socks. Sometimes it can happen quite suddenly because you snagged on something. Other times it’s a more gradual process; this often happens to your most beloved pairs first because you wear them so much. Other culprits are of course the dreaded moths…. Read more » 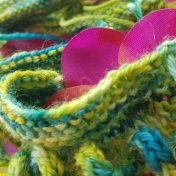 A while back I showed you a couple of decorative cast ons and what else you can do to decorate a knitted edge. But there is still more to this subject that I haven’t talked about yet. There are also a number of beautiful bind-offs you can decorate your knitting with. And some of these may seem familiar to you because they… Read more » 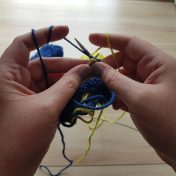 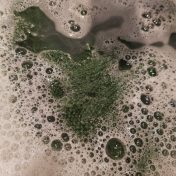 Last week, we talked a lot about how to knit gauge swatches and how to measure them. This week it’s all about possible pitfalls and problems. As a reminder and navigational help, here is the table of contents for this two-part part series again. How to Knit a Swatch (in part 1) When Designing (in part 1) How to Measure a Gauge Swatch … Read more » 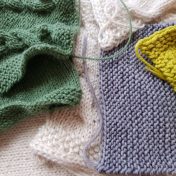 Most of us have knit them before. We know we are supposed to. But many of us don’t like it. It’s boring and tedious, and we just want to get to the main part. Gauge swatches. Besides, they tend to lie to us, don’t they? It all depends on how you’re doing it and on what you are trying to… Read more »