If you’ve been a knitter for a while, you will sooner or later hear about it: Startitis. Maybe you’ve even fallen victim to this affliction before. And some of us get it regularly once a year. But how do you protect yourself from catching it? How can you get rid of it again? Do you even need to?

In the Urban Dictionary, you find the following definition: “Startitis: noun – Repeatedly starting new projects while still having multiple uncompleted projects.” And Knitting-and.com calls it an “expensive, but rarely fatal affliction that often affects knitters and crocheters where they begin several projects all at one time but don’t really make much progress on anything before starting another new project.” 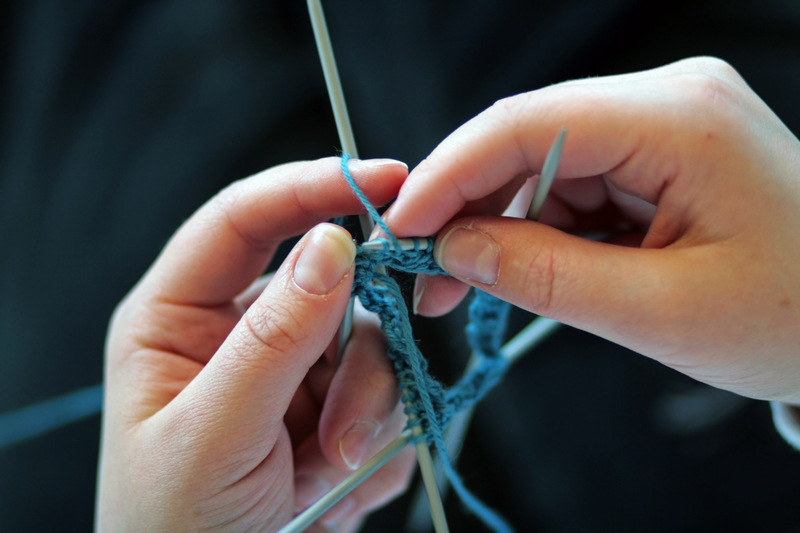 I find Startitis doesn’t have to be expensive at all. If your stash is large enough, it may be fueled by it alone. Should you go near a yarn store or fiber fest while in the midst of Startitis all bets are off, however.

The number of projects you cast on is not really important either. If you are usually a quite monogamous knitter starting one or two new projects can already qualify as a significant symptom, while for other knitters much more is needed. But your knitting behavior changes suddenly, drastically and you will feel the urge or strong need to cast on something new for a while even if you’ve just cast on something or were utterly in love with the project you’ve been working on.

How Do You Get “Infected”?

Many feel it coming on after all the Christmas presents have been given. One of the most famous examples for knitters with Post-Christmas-Startitis must be Stephanie Pearl-McPhee. She has blogged about it multiple times. Knitters spend so much time knitting on time-sensitive things for other people that they need some change or variety. It can strike any time you’ve been working for a long time on one very big or a lot of very similar projects. Our minds crave for something different.

It can only come on with changing seasons. For me, it’s the end of winter. Everything is dark and grey and cold, and even though I love winter at some point, I merely want to see something else again. And since I can’t influence the weather very much but I have all the power over what I’m knitting that’s where the craving goes. Others report the coming of summer to affect them, and they feel a need to knit all the tops and shawls and cardigans. For others again it’s the falling leaves and all those gorgeous sweaters.

The publication of your favorite knitting magazine or ezine could also make Startitis come on or at least enhance it. Or going to a fiber festival and seeing tons of amazing projects there. It’s often the lure of something new and exciting we fall victim to. So it might even be the latest knitting trend. 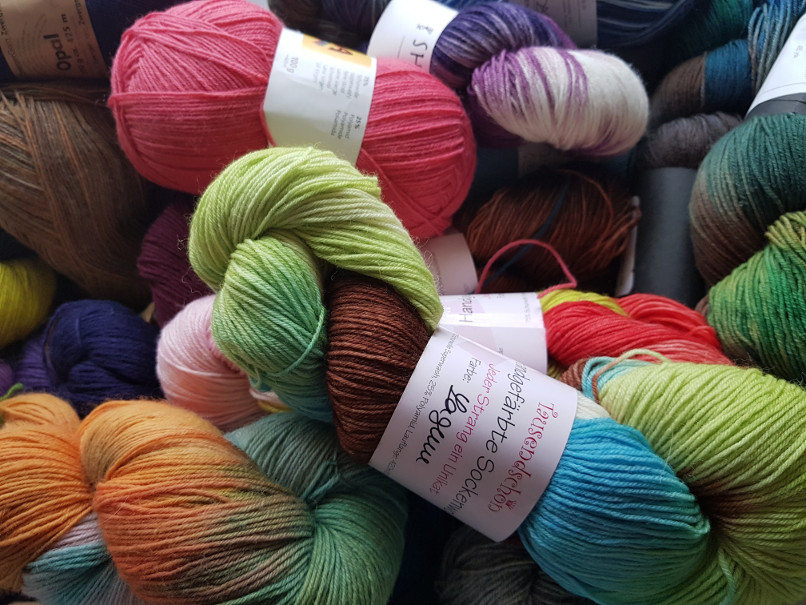 No. Knitting-and.com already claimed it for crocheters as well. And I’ve read of weavers with a case of Startitis. I think it is something that can afflict all crafters out there. Not just fiber enthusiasts but all creative people. If your crafting has become monotonous or too confined by what you need to do (it doesn’t matter if those limitations are self-inflicted or not), creative brains often seek some form of relief. That usually comes in the form of something new or at least very different from what they’ve been doing when this craving came up.

What You Can Do to (Try And) Immunize Yourself Against It

You can try and keep your knitting from being too boring. Don’t work numerous items with the same color back to back. Don’t work only the same type of thing or the same pattern. Some knitters are happy knitting the same thing over and over again of course. But if you are feeling a craving to cast on something new, chances are you need more variety in your knitting diet.

Don’t confine yourself too much. Allow yourself to knit on more than one project even if you are on a knitting deadline. A little often goes a long way! Do the math. Do you have to finish this sweater in two weeks? Estimate how much time you have to knit during a typical day and time your normal knitting speed on this project, so you know how much knitting you get done within a given time frame. Now calculate how much you have to knit on it each day – and leave yourself some time for the washing and finishing at the end! Now you know how much time you can spend on something else to keep the craving at bay.

What to Do When You Get Startitis Anyway

You can try the same tactics I’ve just mentioned for one thing. Similarly, you can try to go through your UFOs. If you’ve been knitting for a while, you likely have some tucked away somewhere. Give up those you don’t love anymore (throw them out, unravel them and reuse the yarn or give them away to another knitter who may want them); you will never finish those anyway. Keep only the ones that you’d still want to knit and be honest with yourself. You’ll feel better afterward. And maybe among the remaining ones you’ll find something to take the edge off of your Startitis. And if not, then you at least don’t need to feel as guilty for starting something new because you’ve made room for it.

What might also help (for mild cases) is some “window shopping.” Look at your queue or browse through new patterns and match them up with yarn in your stash or yarn you’ll buy as a reward for finishing what you wanted to first. For me, this works best for the kind of Startitis cravings I get when a couple of new publications or patterns just came out. But be careful, this only works for mild cases and people with a lot of self-discipline – otherwise, like throwing fuel on a fire, it can even make it worse. And let’s face it, if we’re trying to figure out how to cure our Startitis, we likely lack self-discipline.

What else can you do? Let it run its course, and when it’s out of your system, you go through all those projects you’ve started and sort those out you really want to finish and unravel the rest. As long as you keep from purchasing things for your next cast on, it isn’t going to be harmful. How many UFOs you have lying around doesn’t matter as long as it doesn’t bother you and you are having fun! 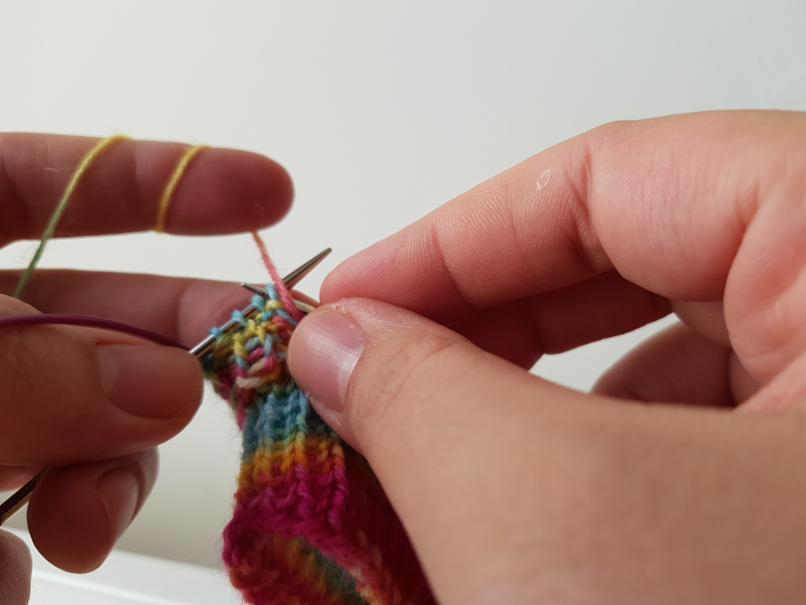 Is Startitis Really That Bad?

No, I don’t think so. It exists for a reason. I find Startitis has a lot in common with pregnancy cravings. It’s just filling an entirely different need. Creative brains like variety and often we’ve denied ourselves just that when the worst cases of Startitis hit us. You’ve just knit five pairs of plain, dark men’s socks and the same hat three times for different people as gifts? See where your Startitis takes you, which direction it goes, and you can try to guide it a little.

Don’t fear it, try to utilize it. It doesn’t want to harm you; it’s trying to help you get what you need. It’s just going in a quite random and chaotic way about it. But through it you can learn more about yourself, what you like, need and how you can be the most productive. But you have to listen to it and not try to shut it up completely.

Did you find any of these tips helpful or do you have any more? Have you been afflicted by Startitis before? How many projects did you cast on before the effects wore off? Please let me know in the comments below.

This post was inspired by Susan who emailed me a question about time management and starting too many projects. As you can see, this is only half the answer so expect a post about managing the time you spend on your knitting projects soon. And if you have a question yourself, go ahead and email me! I’m always happy to receive email, answer them all as quickly as I can and you may even end up offering a subject for a future blog post! 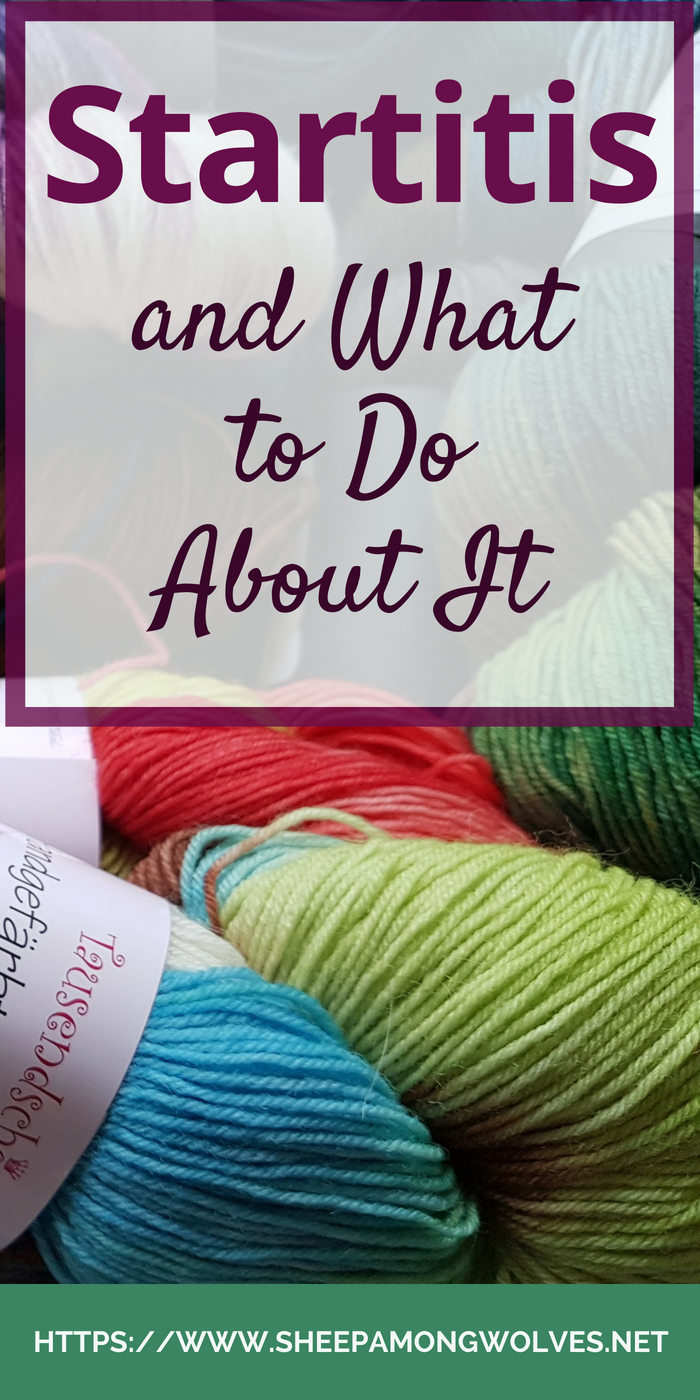 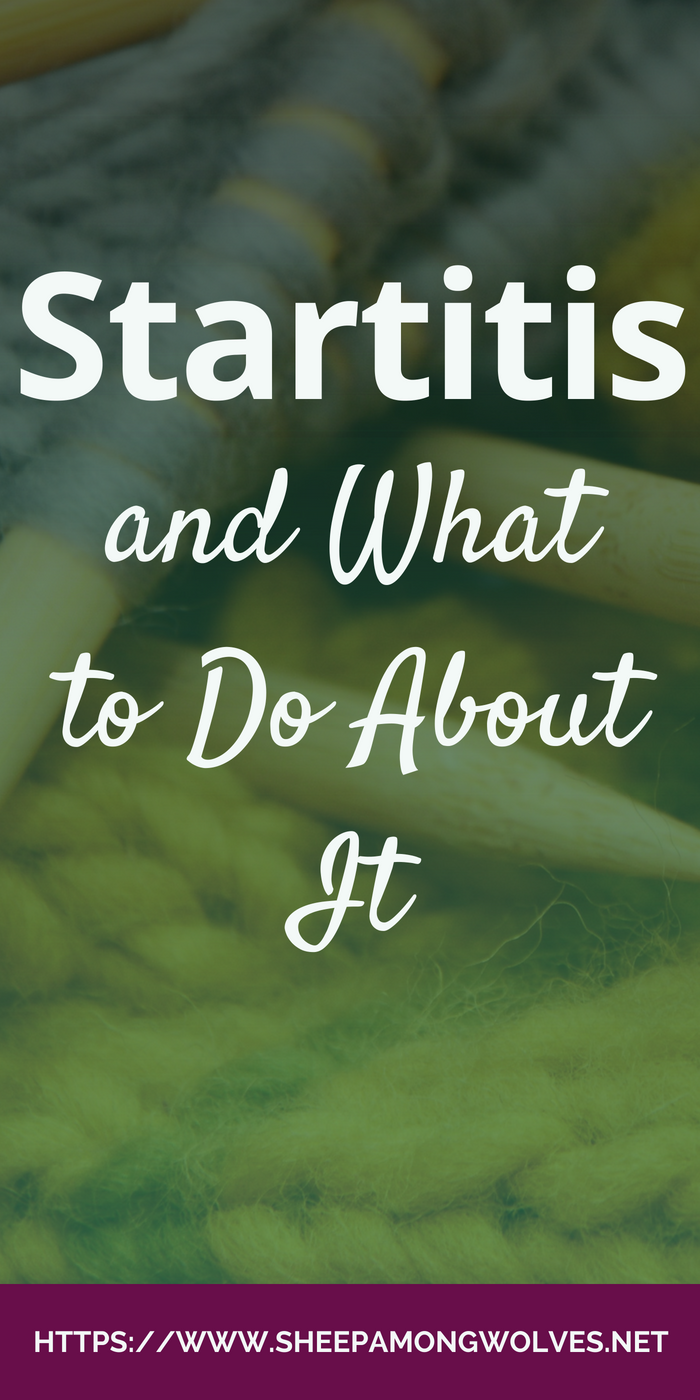 How to Avoid Problems with Your Travel Knitting

How to Avoid Problems With Your Vacation Knitting

How to Get the Most out of Your Stash

How to Get Stuff Done – Time Management and Planning for Knitters