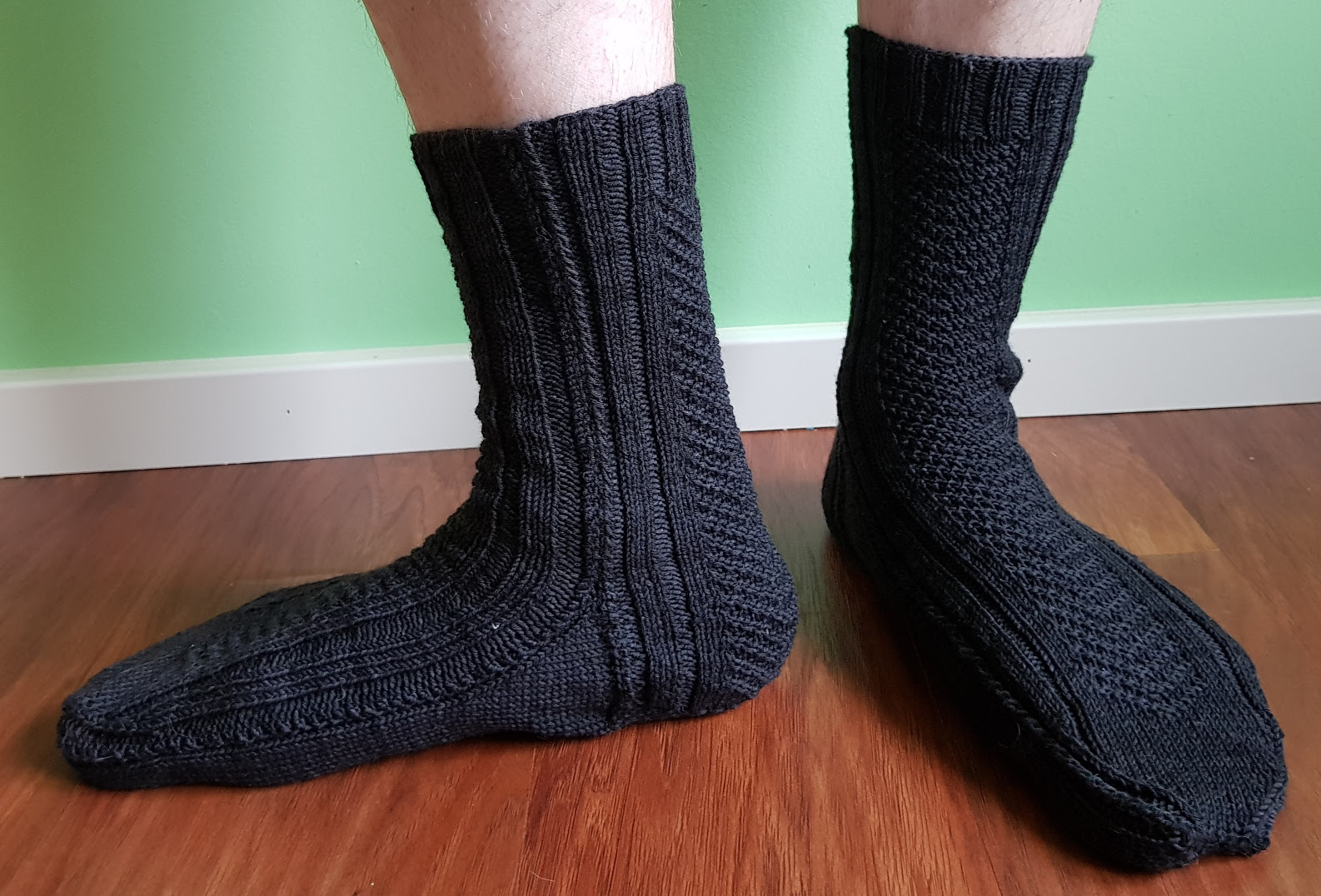 “Was lange währt, wird endlich gut.” That’s what we Germans say. Something that takes a long time will finally turn out well. Or something like that. As per usual expressions like these are hard to translate well.

But that is a very fitting expression to use right now. I’ve finally put my very first own pattern on Ravelry. And I can officially call myself an indie (knitting) designer now. I started designing these socks back in April, ran into some trouble with the first heel flap design attempts, and finally finished knitting the pair in June. Then I started on writing the pattern soon after and it took me until October 22nd to post on Ravelry asking for test knitters.

I fell into a maze of what we (in the programming world) call developer gold plating. It’s perfectionism at its worst. “Perfect” is the enemy of “done.” And the whole reason for test knitting is to get all the kinks and errors out of the pattern in the first place. So trying to make it perfect before you go into that phase is ridiculous. But just because I know something to be true, doesn’t mean I act accordingly. Humans are usually contradictory and inconsistent. That does include me.

Anyway, the pattern is done!

These socks feature a chevron pattern on the front and back (that continues on the heel flap) which reminds me of the wedge formation geese fly in. That’s what gave these socks their name. 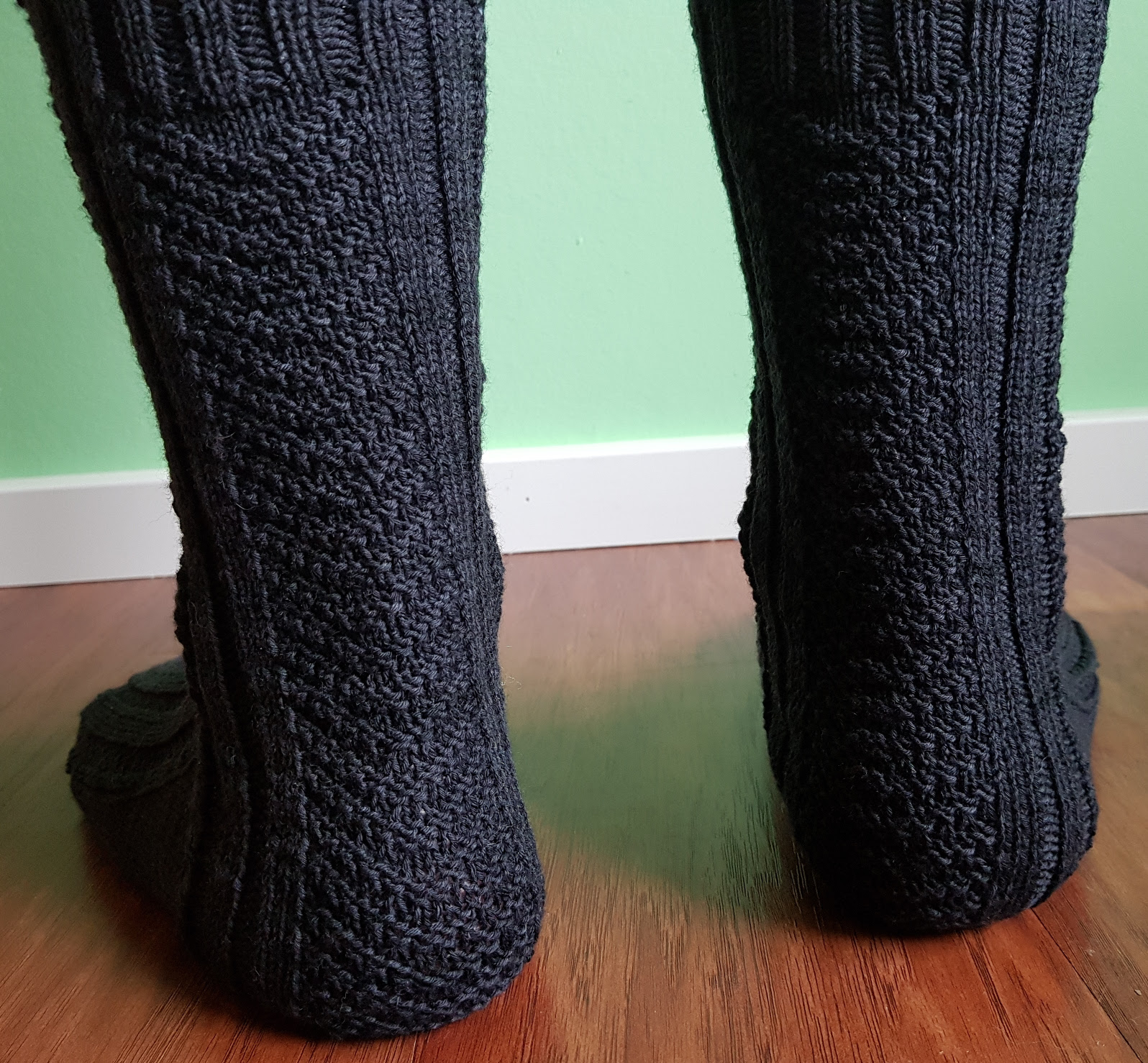 They also have a Roman column running down the side which splits in half at the gusset and then runs down the heel flap and continues through the toe.

The pattern is easily memorized – which makes for good KnitFlixing. I could even work on these while watching Japanese Anime with English subtitles. But it was still enjoyable enough that it held my interest so that I could finish both of Papa Wolf’s huge socks.

Designing these socks was a lot of fun. So much fun in fact, that I started on another sock design good for variegated yarns and a cowl design. I hope to find some time to write the patterns soon, so I can get them out to test knitters. And I want to design something else that I need to finish until Spring comes along. But I won’t tell you what that is yet. It’s supposed to be a present for someone. And on the off chance that the person in question happens upon this blog, I’d rather not say too much about it.

And now we get back to our regularly scheduled programming. On Friday I’ll post the second part of my ultimate knitting needle guide. (If you’ve missed the first part, read here.) So come back to check it out!

3 knitting techniques to try out this year

Behind the Scenes: 2017 – My First Year as a Knitting Blogger